Hindsight is 20/20, and looking back, Bob Hittenberger can rest assured that he made the right calls for his business, Best Glass Inc., located in Phoenix, Ariz. With an entrepreneurial background­—owning his first business while in his twenties—Bob knew which decisions had to be made to ensure the survival of his company during the economic crisis that followed 9/11. 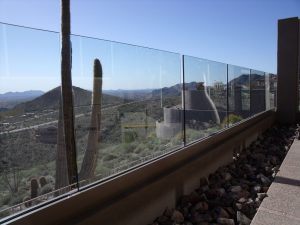 “I was looking for a new opportunity. But most importantly, I wanted to be my own boss,” says Hittenberger. In order to succeed, he had to surround himself with talented people in the glass industry, and he’s grateful that they’ve stuck by his side for the past 15 years. Having no experience in the industry prior to opening Best Glass Inc. in 1991, he now owns and operates a full service glass company that offers auto glass and is celebrating 25 years in business.

“When we first started, there were six to eight well-known glass companies that had been open for 20 to 30 years. It was intimidating. We were the new kids on the block,” he explains. To compete, the company diversified by offering more services, but Hittenberger knew he had to keep the company within its niche. Best Glass now offers a variety of services, from fixing picture frame glass to large commercial storefront projects.

As the economy declined, so did the residential projects. What began as a competitive market, was now dwindling as the six to eight well known glass companies around Best Glass began to sell out or go bankrupt. Despite the housing market drying out in Phoenix, Hittenberger managed to keep his company afloat by working on smaller remodeling projects.

“We’re a midsize company, and it took the economy longer to recover than we would’ve guessed. I tried my best not to overgrow during that time. It was probably our salvation,” he says. Now that the economy is growing in Phoenix, Hittenberger sees nothing but bright things for the future of Best Glass.

“We like to educate our customers. We want them to make an informed decision on which product is right for them. It’s not every day that you have a shower door installed or a windshield replaced, so it’s best to explain every product and option,” Hittenberger says, considering this to be important for the success of his business.

From starting a company with no experience in the industry and outlasting established competitors, and now earning a revenue that rounds to $3.5 million, Hittenberger can confidently say that all business, is business.

This entry was posted in glassBYTEs Original Story and tagged AGGR, glassBYTEs. Bookmark the permalink.