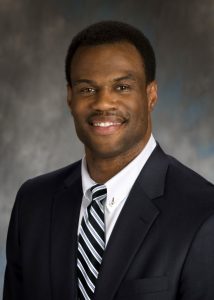 Don’t miss this session! If you wish to pose a question to The Admiral, please send it to asktheadmiral@agrrmag.com for inclusion.

David Robinson was honored as Sports Illustrated’s Ambassador of Sports for their 50th Anniversary Celebration, inducted into the World Sports Humanitarian Hall of Fame in 1998 and received the 1999 Montblanc de la Culture Award, the first athlete and youngest recipient in the award’s history. He was given a Patriot Award from the Congressional Medal of Honor Society in September 2000 and named a 2002 Sports Ethics Fellow by the Institute of International Sport. David was honored with The Sporting News “Good Guy In Pro Sports” Award and Reader’s Digest “Star Who Makes Kids Shine.” In 2003, the NBA Community Assist Award was renamed the David Robinson Plaque and includes the following inscription, “Following the standard set by NBA Legend David Robinson, who improved the community piece by piece.”

David and his wife, Valerie, created the David Robinson Foundation in November 1992 and have raised close to $40 million for the Carver Academy (TCA), an independent school designed to serve pre-K through eighth-grade students in San Antonio. TCA recently partnered with IDEA Public Schools as their first school in San Antonio and are helping to start 20 new schools by 2017. The foundation donates 50 tickets to each Spurs home game to Mister Robinson’s Neighborhood of Achievers Program. David graduated from the US Naval Academy with a B.S. in Mathematics. Upon graduation, the No.1 selection of the 1987 NBA Draft passed on two seasons to serve in the U.S. military. After successfully completing his Naval obligation, David returned to the NBA and earned Rookie of the Year honors.

In 2007, David paired up with Daniel Bassichis to form Admiral Capital Group (ACG), a private equity firm. Through the ACG, David hopes to use the organization’s time, energy and profits in ways that not only benefit investors, but also the communities in which it invests.