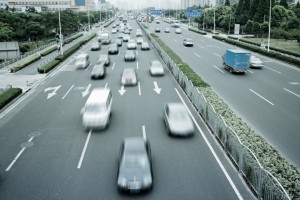 Travel on all roads and streets continued to climb in April 2016, up 2.6 percent or 6.8 billion vehicle miles, compared with April 2015. Month over month, miles drive were down slightly by 0.2 percent. This is according to the latest figures from the Federal Highway Administration, a division of the U.S. Department of Transportation.

On a month-over-month basis, only two regions showed growth—the North Central and the West. The North Central region was up 3.2 percent, while the West grew by 3.6 percent. The steepest decline was in the South Atlantic region, down 4.2 percent.

Comparing April 2015 to April 2016, all regions showed growth. The strongest growth was in the West, up 3.1 percent. The slightest growth occurred in the Northeast, up 1.3 percent.