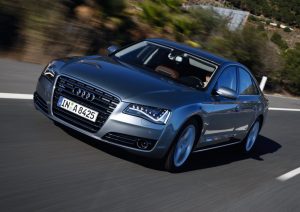 Volkswagen is recalling model-year 2007-2009 Audi A8 and S8 vehicles saying the sunroof glass may not be properly secured and may detach from the car while driving.

If the glass detaches from the sunroof frame, it could become airborne while the vehicle is moving and could pose a risk to other vehicles, according to National Highway Traffic Safety Administration (NHTSA) documents.

The cleaning procedure at the supplier “was not performed to required specifications, which can result in the glass delaminating from the sunroof frame,” VW says.

The supplier, Germany-based Webasto, changed from a two-component process to a one-component cleaning processing, according to the documents.

Recalled vehicles will have additional adhesive applied between the sunroof glass frame and the glass panel to ensure it is properly adhered.

“The production condition was resolved by a change in the supplier process prior to detection of the issue,” according to VW.