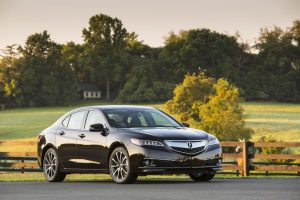 Honda requires camera calibration and software-based aiming after a windshield replacement for its Acura models, according to a statement from the automaker.

The Acura models feature the multi-view camera system, which has a lens near the windshield.

Any collision damage in the windshield area could lead to the need for aiming procedures, the company says in its statement.

“The driver assistive system components affected are the LaneWatch camera (Honda-only) and the right-side camera with the multi-view camera system,” according to the company’s statement.

Repair work that involves the driver’s front door and mirror area could also impact the left-side camera, with is hooked into the multi-view camera system, as well.

If the camera is disconnected, the system will require a post-repair diagnostic scan to confirm it is reconnected and functioning properly, according to Honda.

Honda notes its diagnostic software system has an “all diagnostic trouble codes check” feature that will scan all available electronic control systems in one operation.

“Honda does not test other scan tools and cannot comment on their capabilities,” according to the position statement.

In 2014, the company released a position statement requiring that OE windshields be used for certain models.

“Installing anything other than an original equipment replacement windshield may cause [ADAS] systems to work abnormally. Most specifically, the camera will not be able to aim properly,” according to Honda’s statement.

2 Responses to Acura Requires Camera Calibration After a Windshield Replacement