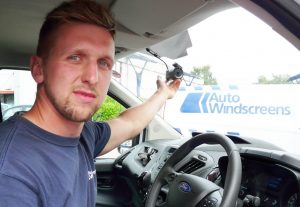 United Kingdom-based Auto Windscreens is installing VisionTrack’s VT2000 telematics cameras in its technicians’ vans for better incident management and to minimize risks, according to the company.

Russell Hall, fleet manager at the windshield repair and replacement company, says he has seen a $65,030 USD (£50,000 in GBP) annual reduction in insurance-associated costs last year, which he attributes largely to the introduction of similar technology back in 2012.

“It is difficult to put an exact cost-saving figure on the use of cameras,” says Russell. “We are certain, however, that they have played a huge role in reducing our fleet operating costs and our drivers have been involved in fewer incidents over the past two years, despite the number of vehicles we use increasing. The devices encourage our technicians to behave differently, mitigating risks, and where claims are made when incidents do take place, footage can speed up the claims process, limiting any third-party credit hire charges or similar costs.”

The new VT2000 devices, which launched in January, will give Auto Windscreens improved access to high-quality 1080p HD footage and accurate impact force, speed and GPS data on VisionTrack’s cloud-based tracking platform, according to the company.