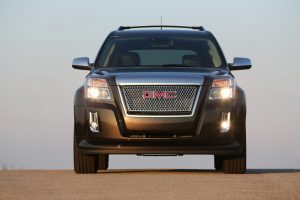 Windshield wipers could break on 367,808 General Motors’ Chevrolet Equinox and GMC Terrain 2013 models, according to a recall from the automaker.

The ball joints may experience high corrosion and wear which could result in one or more of the joints separating from their sockets during wiper operation.

A root cause for the issue has not yet been discovered, according to GM.

The recall first began in Canada and has expanded into the United States.

BMW has also issued a recall on its 2016-2017 Mini Clubman models this week. According to NHTSA documents, the recall involves FMVSS 226 (Ejection Mitigation). The side curtain airbag may not perform properly, leading to insufficient restraint for the front seat occupants. If it does not perform as intended, the risk of injury is increased, according to BMW.

“When stowed, the side-curtain airbag is enclosed in a fabric cover (skin,)” according to documents from NHTSA. “This cover is pre-perforated to assist in proper deployment. Due to the performance of this perforation during deployment, it is possible that the side curtain airbag may not position itself as intended.”

The cover of the side curtain airbag on the left and right side of the vehicles will need to be reworked. Dealers will perform this correction for owners.

The recall covers 7,810 vehicles, and the automaker has not received any reports of injuries related to this issue.

Dealers have been prohibited from selling new or used models until the airbag has been fixed.