Rosekind: We Can’t Wait for Autonomous Technology to be Perfect 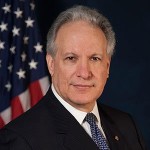 If the automotive industry expects the National Department of Transportation to release thousands of pages of regulations on autonomous vehicles in the coming weeks, they will not get them, according to Mark Rosekind, administrator of the National Highway Traffic Safety Administration (NHTSA). He likens the documents that will be released to the Declaration of Independence not the United States Constitution. It’s a first step, he said.

“The approach that is being taken is designed to be nimble and flexible, able to keep pace with technological innovation,” Rosekind said during a recent speech given at the Automated Vehicles Symposium in San Francisco.

Incidents will occur with highly automated vehicles, Rosekind said, noting that NHTSA will be ready to investigate and take whatever action is necessary.

“I am not going to comment on any ongoing investigations, and it would be inappropriate to prejudge the outcome until all the facts are analyzed,” he said, referring to a recent investigation in to a Tesla crash. He called it the “elephant in the room.”

Automated vehicles provide an opportunity for learning, he noted.

“Whereas new drivers must learn on the road and make the same mistakes as thousands before them, automated vehicles will be able to benefit from the data and learning of all others on the road,” he added.

NHTSA and the Department of Transportation will soon release its guidance on automated technology, Rosekind said. However, he shared no timeline.

“If we wait for perfect, we’ll be waiting for a very, very long time,” he said. “How many lives might we be losing while we wait? Ones that could otherwise be saved by a thoughtful but determined approach to bring lifesaving technologies to the road.”