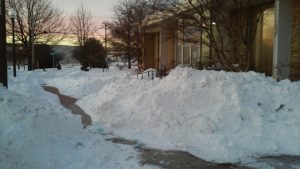 Banner Glass has filed for Chapter 11 bankruptcy in the U.S. Federal District Court of Maryland. Its assets will go up for auction via Tiger Capital Group’s Commercial & Industrial division.

It has an estimated 200-999 creditors and assets of an estimated $500,001 to $1 million, according to the bankruptcy filing. Its liabilities are estimated as the same as the company’s assets.

Banner Glass owes $74,590 for leases, according to the filing.

The company lists its additional top unsecured creditors as including:

“Prior to the bankruptcy petition date, the debtor experienced significant financial issues,” according to the court filing. “As a result, the debtor was unable to continue to pay wages, suppliers and vendors and consequently, unable to continue as a going concern. The debtor, in its business judgment, determined that it was in the best interests of its estate, creditors and parties-in-interest to liquidate the debtor’s assets and wind-down the debtor’s affairs in an orderly process under Chapter 11 of the Bankruptcy Code.”

The sale features shop equipment as well as a fleet of more than 30 vehicle, including Ford, Chevrolet and GMC pickups, vans and cars as new as 2014. Property is also for sale. For a full list of assets available for auction, click here to read the bankruptcy document.

Banner Glass was founded May 1, 1956 with a small automotive glass installation shop in downtown Silver Spring, Md., according to the company’s website.