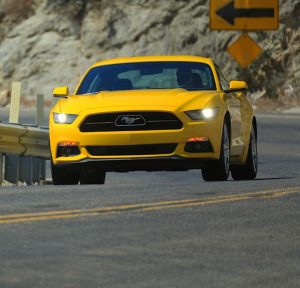 Ford has expanded a recall over a door-latch issue to cover an additional 1.5 million vehicles at the request of the National Highway Safety Traffic Administration (NHTSA). The total number of vehicles affected is now 2.4 million.

“In the affected vehicles, the pawl spring tab in the side-door latch could break,” according to a statement released by the automaker. “A door latch with a fractured pawl spring tab typically results in a ‘door-will-not-close’ condition. A door that opens while driving increases the risk of injury.”

Considering that AGRR company owners and technicians frequently replace door glasses in these vehicles and that broken tempered glass sometimes embeds itself in the door-latch mechanism, it’s important to know about this recall, according to Bob Beranek, president and founder of Automotive Glass Consultants.

“When contracted to do these vehicles’ door glasses, make sure to ask the owner if the recall was completed according to manufacturer’s instructions,” he said at the time the recall was first announced. “It is best to ask the customer prior to doing the glass replacement so arrangements can be made to correct the problem if the recall was not completed. If the doors on these models fail to close properly or you witness a door latch issue during the pre-inspection, make sure you inform the owner of the recall and explain the options.”

The Office of Defects Investigation (ODI) launched an investigation into the issue after it received 73 reports concerning the door latches on model year 2012-2013 Ford Focus vehicles.

“Some drivers allege that the door opened while the vehicle was being driven,” according to a statement released by the ODI. “Complainants with a failed-door latch indicate that in some cases the door had to be physically tied down to keep shut, while others stopped driving the vehicle out of fear of the door opening while driving.”

Ford has identified one reported accident and three injuries that may be related to the issue.

Ford says dealers will replace the side-door latches at no cost to the customer.