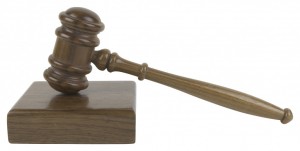 Dan Wilson, former president and CEO of Belron U.S. and Safelite Group, has filed a complaint against the company alleging that its nonqualified deferred compensation plan was mismanaged, causing him to lose millions of dollars in owed income taxes, penalty and interest.

Wilson joined Safelite in 1999 and served as executive vice president and chief operating officer until 2003. In 2003, he became the company’s president and CEO and remained in that position until July 5, 2008.

The plan was created in 2006 to allow senior executives to defer compensation until later years. Wilson is the only individual named in the lawsuit.

Wilson’s attorney alleges that Safelite agreed to administer the plan “without resulting in any diminution in the value of payments or benefits to any member.”

Wilson alleges that “Safelite took it upon itself to manage the Safelite plan to accomplish the goals for which it was established; namely to allow Wilson and others to defer a portion of their compensation to later years without a diminution in value. … Safelite did not fulfill these obligations to Wilson.”

Safelite merged with Belron in March 2007, which meant a change in control for the plan. Wilson’s attorney says that later in 2008, the plan was amended to include a liability clause. Wilson was not informed of this change, according to his attorney.

Wilson alleges he deferred hundreds of thousands of dollars in compensation each year from 2006 to 2013. In 2014, an audit found that Wilson’s post-2008 deferrals were not properly done, his attorney alleges.

“As a result of Safelite’s mismanagement and malfeasance, Wilson had to take a lump sum payout of the money that was in the account as of November 2014, which exposed him to millions of dollars in taxes, penalties and interest,” according the court document filed in the U.S. Federal District Court for the Southern District of Ohio, Eastern Division.

Wilson’s attorney says Safelite was petitioned for recoupment of the damages, but that the company “refused to make him whole.”

Wilson is seeking a jury trial and damages.

Safelite had not yet filed a response with the court at press time.

To read a copy of the complaint, click here.