An Illinois judge has granted State Farm a stay in the class action lawsuit brought against it by more than 5 million customers. 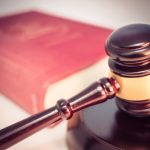 Noting the plaintiffs “ … do not oppose State Farm’s request to vacate and continue the October 15, 2016 deadline for submission of the notice status report and class notice plans,” Judge David R. Herndon ruled in favor of State Farm October 14 and granted a stay in the case.

Herndon, however, also noted the Seventh Circuit Court of Appeals could disagree with the lower court’s decision to grant class certification to the suit.

“Further, the Seventh Circuit’s decision regarding class certification will have a significant effect on the ultimate disposition of this case,” Herndon wrote in his decision. “Thus, the Court finds that it would be imprudent at this stage to proceed further in this matter until the resolution of the class certification appeal.”

This entry was posted in glassBYTEs Original Story and tagged State Farm. Bookmark the permalink.