Commercial Vehicle Registrations Down this Year

New registrations of commercial vehicles in five Gross Vehicle Weight (GVW) 4-8 classes are down this year, according to new research presented during the annual Automotive Aftermarket Products Expo (AAPEX) in Las Vegas.

Classes GVW 4-8 are down 4.2, percent through August, according to reports presented by

IHS Market during the expo. Registrations of new GVW 8 commercial vehicles are down 17.1 percent and GVW 7 are down just .6 percent, while all other GVW classes experienced 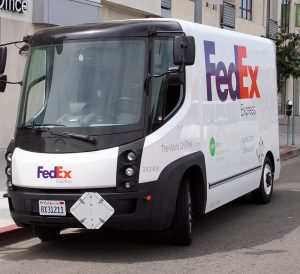 Freightliner leads the market for GVW 4-8 vehicles with 27 percent of registrations during the January to August timeframe.

“Traditionally, the larger trucks have a single purpose – for work applications — versus the smaller trucks, which are used for both personal and business needs,” said Gary Meteer, director, commercial vehicle solutions at IHS Markit. “As we work our way up the weight (GVW) scale, the business use gets larger.”

Also, new vehicle registrations by fleets operating more than 500 vehicles have declined, resulting in the decline of tractor trucks versus the same period in 2015.

“Some of this year’s slowing may be the result of uncertainty in the demand for goods with the general slowing of the economic growth in the most recent quarters.”

While commercial vehicle new registrations are still dominated by diesel-powered engines, overall diesel share is influenced by the availability of diesel-powered engines within each GVW. The restricted availability of diesel engines in GVW 4 vehicles has pulled the overall share diesel engines account for in GVW 4-8 vehicles down. When looking at OEMs, Cummins leads the industry in share of new diesel registrations, with 38.4 percent of the market.