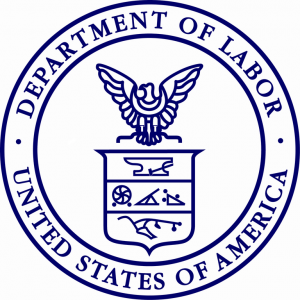 “We strongly disagree with the decision by the court, which has the effect of delaying a fair day’s pay for a long day’s work for millions of hardworking Americans,” the DOL said in a statement. “The department’s overtime rule is the result of a comprehensive, inclusive rulemaking process, and we remain confident in the legality of all aspects of the rule. We are currently considering all of our legal options.”

Currently, there is no timeline for the case to move forward.

The emergency motion for a preliminary injunction was filed October 12 by 21 states. The states claimed the DOL exceeded its authority by raising the salary threshold too high and providing automatic updates to the threshold without input from businesses that will be affected by it. The case was consolidated with another lawsuit brought by 50 business groups, including the U.S. Chamber of Commerce and National Association of Manufacturers, which raised similar objections.

As part of the final rule, the salary level under which employees qualify for overtime pay would have increased from $455 per week ($23,360 annually) to an estimated $913 per week ($47,476 annually). In addition, the rule would have provided for automatic updates to the threshold every three years.

However, a lawyer who represents a group that helps run trade associations said the ruling could disrupt some workplaces.

“This is an unexpected curve ball thrown at employers who made changes in anticipation of the overtime rule becoming effective,” said Hugh Webster, a partner with Webster, Chamberlain, Bean, LLC in Washington, D.C., the legal counsel for the Association Management Companies Institute (AMCI). “One option for employers is to shelve those changes (e.g., salary raises, job reclassifications, time keeping procedures) indefinitely, pending further direction from this court (or an appeals court). Certainly it would make sense to hold off on any reclassification of an employee from exempt to nonexempt that had been planned due to the new overtime rule’s increased salary threshold.”

But Mark Liston, president of Glass Doctor, said even though the ruling puts employers in a new situation, his company is prepared for it.

Liston said his company had recently conducted a four-month study of employees’ hours and the work completed during those hours to get a better idea of what the appropriate number of hours should be for a given employee – and whether that employee should be salaried or hourly.

“Employers really have to watch their hours,” he said. “If it’s over 40, you better be paying time and a half or it could come back to bite you.”

Having already made adjustments based on that study, Liston said of the ruling, “We were ready for it. We continued as if it wasn’t handed out since we had already done the study.”

However, he added, his opinion might be different were he a small business owner.

“If I were an independent or small business, I’m not sure I’d do that,” he said. “I’d probably wait on the ruling. But I’d make sure all my salaried workers are in salary roles and all my hourly workers are in hourly roles.”

Webster says it’s unclear what will happen with the overtime rule.

“This judge could later decide that the rule is valid; the injunction he issued this week is not a final decision on the merits,” he said. “Or, a court of appeals could reverse the judge. But it is also unclear whether Department of Labor and Department of Justice officials will seek an appeal with only weeks left to go in the current administration. Political observers have speculated that the incoming administration would not pursue an appeal of the judge’s ruling. There are also bills pending in Congress to delay or modify the new overtime rule, which, if passed by Congress, may be viewed more favorably by the incoming administration.”

This entry was posted in glassBYTEs Headlines and tagged Dept. of Labor, Glass Doctor, overtime. Bookmark the permalink.