A bill introduced to the Ohio state legislature could ban privately owned autonomous vehicles from most state roadways if passed in its present form.

House Bill 608, introduced October 25 and co-authored by Representatives Cheryl Grossman (R-23rd Dist.)  and Bill Reineke (R-88th Dist.), would allow only manufacturers of autonomous vehicles to operate those vehicles on Ohio public roads and highways for “ … purposes of transporting or testing the … vehicle,” according to the version of the bill introduced in the legislature. 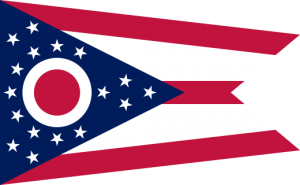 Grossman was quick to point out that the bill in its current form is not likely to remain intact, nor did she intend to permanently ban private owners from the highways.

The bill also requires manufacturers to comply with “financial responsibility requirements,” which include proof of insurance, including liability coverage. Additionally, the bill would require the state’s Director of Transportation to “ … produce a report discussing whether additional legislative or regulatory actions are necessary,” even though the Ohio Department of Transportation had little involvement with the drafting of the bill.

“There wasn’t a tremendous amount of involvement on the part of ODOT on this one,” said ODOT spokesman Matt Bruning. “The legislators drafted this one, and outside of noting that it would create a commission requiring a report from the director on autonomous vehicles and where we’re going, we had only a little involvement.”

The bill has little chance of reaching the floor for a vote before the end of the year, Grossman said, and will undergo a lengthy revision process in the interim.

“There will be six or seven different versions before it reaches the level of being considered for passage,” she said.

Reineke emphasized the job-creation potential of legislation around autonomous vehicles.

“I’m all about the jobs,” he said via phone November 7. “We are trying to prepare the state for the next opportunity. We’re trying to attract other types of jobs to Ohio, and this prepares us for those opportunities. We have to be ready for the future.”

Grossman said she has scheduled an “interested party discussion” with the Ohio Department of Public Safety and ODOT for next week.

“Part of my goal,” she said, “was to put Ohio in the forefront” of autonomous vehicle technology. “And there are some liability issues that need to be addressed.

Grossman’s office received several e-mails in the wake of reporting by a local TV station about the bill. All the messages were from Tesla owners, she said, who were concerned about their ability to drive their vehicles without breaking the law.

“It was never my intent that this version of the bill be passed,” Grossman said. “This should be considered just a starting point.”

Reineke agreed, saying the bill, as written, is “strictly an introductory step. We know it’ll take time. There’s a lot of misconceptions out there.”

That should bring some relief to those owners of autonomous vehicles who may have been alarmed by the language of the bill. In its current form, private owners found to be operating their autonomous, or “self-driving,” vehicles would be subject to a fine of $10,000 a day “ … for each day the operator commits such a violation,” according to the bill.