Auto maker Porsche has reached a settlement for an undisclosed sum with plaintiffs in a case that accused the company of a “windshield glare” defect in some of its vehicles. 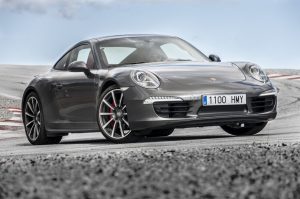 In court documents dated September 15, plaintiffs Alyce Rubinfeld and Roy Jones notified the California Central District of the U.S. District that they “reached a settlement and executed a settlement agreement resolving both this action before this Court and a second action in the District of

02106-CCC (JBCx).” Rubinfeld and Jones also noted their intention to “ … seek transfer of this action to the District of New Jersey, where Class Counsel will file a Motion for Preliminary Approval for a national settlement class.”

The settlement ends a case started in July 2015, which Rubinfeld and Jones filed suit against Porsche, alleging a visibility issue caused by “windshield glare.”

“This action arises out of a uniform problem in the class vehicles and their beige-colored dashboards, including, but not limited to, Luxor Beige, Sand Beige, or any other beige dashboard, which interferes with the ability of drivers to see the road,” the original complaint alleged. “This condition, caused by the reflection of light from the unusually light colored dashboards into the windshield, and then into the drivers’ eyes, can momentarily blind drivers or impair their ability to see the roadway. This windshield glare poses a clear, unreasonable safety risk.”