An article surfaced yesterday on RepairerDrivenNews.com (RDN), citing an error regarding the NAGS 5-percent price drop in September. However, the article has since been retracted and revised.

The revised article emphasizes, “Rozint said that a temporary error in the May NAGS pricing—not in September’s pricing, as originally reported—led to a change in standard operating procedure for Mitchell’s NAGS curation.” 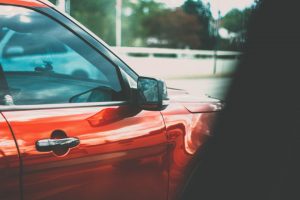 The article now aims to explain the reasons for the drop in September, which resulted from the data error in May.

Jack Rozint, vice president of sales and service for auto physical damage repair for Mitchell International, the company that publishes NAGS twice a year, explained that the September price drop reflects the glass industry more accurately than in the past.

Due to the mistake in the May NAGS pricing, a person will now examine any outlier data to ensure that it’s properly categorized as legitimate or erroneous to prevent future price flops, according to RDN.

Previously, Mitchell received feeds from glass manufacturers which were then sent through a proprietary algorithm which would produce the prices NAGS publishes. If the data was suspected to be invalid, it would be thrown out. And according to Rozint, this change in procedure has helped identify the state of glass industry more accurately than before since more outlier data points are being removed.

“That’s basically an improvement to our data processing,” said Rozint.

RDN reports, “However, the ‘larger influence’ for the September price decrease was simply a decline in glass pricing by the market data feeds on which NAGS is based, he said.” Rozint continued to explain that the low glass prices were consistent across the many sources from whom they receive data from.