The latest traffic trends data from the Federal Highway Administration shows a steady trend in highway traffic – and locality doesn’t seem to matter. Both urban and rural highways showed increases in traffic in the FHWA latest report issued, which includes traffic trends through the end of August.

Drivers logged 6.28 billion miles on urban highways alone in August according to the report, as compared to 6.08 billion miles a year ago. The August result is also up from the same month in 2014 – 5.92 billion miles. 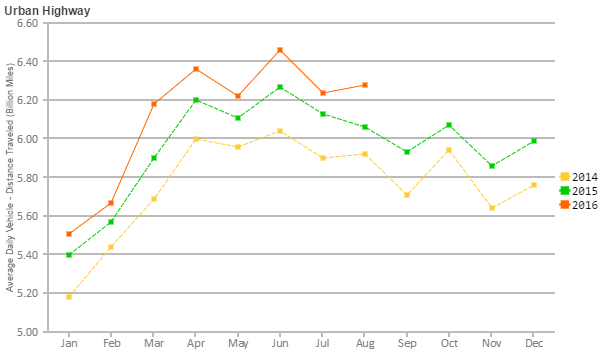 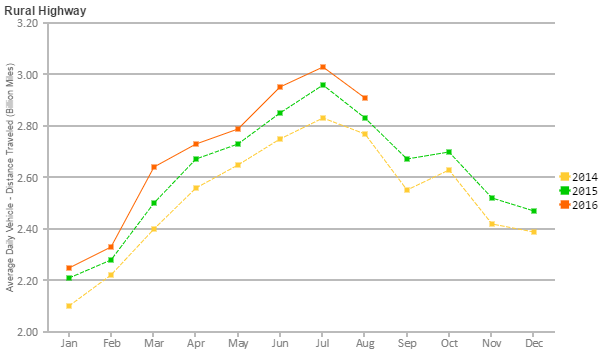 This entry was posted in glassBYTEs Original Story and tagged FHWA, Traffic. Bookmark the permalink.