The Arizona Attorney General has imposed a six-year ban from telephone solicitations on an Arizona automotive glass company for making illegal telemarketing calls. 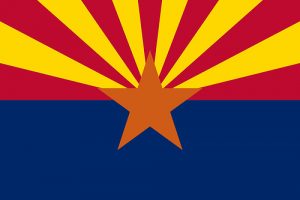 Attorney General Mark Brnovich, in a December 1 press release, announced Larmore Auto Glass, LLC, is banned from making telemarketing calls for six years as part of a settlement in an Arizona Consumer Fraud Lawsuit. Under the settlement, Larmore Auto Glass admitted to illegally contacting Arizonans listed on the National Do Not Call Registry. Larmore Auto Glass agreed to pay the state of Arizona $50,000 in civil penalties.

Another $50,000 in fines was suspended by Arizona Superior Court Judge James Blomo, according to court documents available on the Arizona Attorney General’s website.

Brnovich’s office filed a consumer fraud complaint against Larmore Auto Glass in June. The lawsuit accused the glass company of making unwanted and unlawful sales calls to Arizona customers that marketed windshield replacement services from 2013 through 2015.

Beginning in January 2013 and continuing through June of last year, Larmore initiated “intrastate telephone solicitations” to customers whose phone numbers were registered on the Federal Trade Commission’s “Do-Not-Call Registry,” the lawsuit claimed.

“This case is about protecting Arizonans from harassing and illegal telemarketing calls,” Brnovich said. “Arizonans on the Do Not Call list are off-limits to telemarketers and anyone caught violating telemarketing laws will be held accountable.”

According to the settlement, if Larmore Auto Glass violates the agreement, the company will become liable for the suspended fine of $50,000 in addition to the penalties provided in the Arizona Consumer Fraud Act.