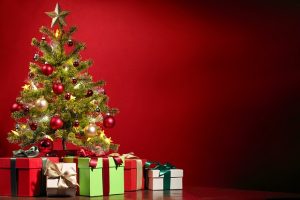 The Christmas season may be a time of giving and receiving, but there’s also business to take care of. Some auto glass shops will take some time off in the next week or so, but most expect the week between Christmas and New Year’s to be business as usual.

Yet, Vinny Mattero of Custom Auto Glass, Inc., in Worcester, Mass., said trying to gauge business in the last week of December is difficult.

“It’s hard to tell,” he said. “Hopefully, it’ll be more business. When they’re salting a lot, that’s when business picks up for us.”

Custom Auto Glass will be closed December 26, he said, but as for the day after New Year’s, “it depends on the schedule, but most likely so.”

“We’re closed Friday and Monday,” she said, referring to December 23 and 26, respectively. “Hard to say about business in between.”

Murphy’s Auto Glass in Orangeburg, S.C., has a schedule that seems to reflect the pace of business the store expects. The shop will close at noon December 23 and re-open at 8 a.m. on December 26, said Bobby Noe, who works at the shop. Murphy’s will also be closed Jan. 2.

As for business during the holidays, “It’s sporadic,” he said. “Yesterday, we were swamped. Today we’re slow.”

But there’s always someone who doesn’t feel the least bit fazed by all the holiday bustle. Joy Southerland of Classic Auto Glass, Inc., in La Follette, Tenn., falls into that category. The store will be closed on December 26 and January 2, but as far as Southerland is concerned, it’s business as usual.

“I expect it to be pretty busy up to Friday,” she said. “But then it will be dead as everybody starts anticipating the holiday. But come Tuesday, we’ll be slammed again.”