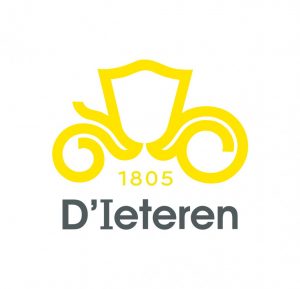 which included an announcement of a $139 million USD (134 million Euro) impairment charge against that auto glass provider, Belron.

According to Investopedia, the term impairment charge is “the new term for writing off worthless goodwill. These charges started making headlines in 2002 as companies adopted new accounting rules and disclosed huge goodwill write-offs.”

According to D’Ieteren, trading conditions “continue to be extremely challenging in Italy on the back of steep market declines.”

D’Ieteren said the impairment in the UK reflects the expected impact of the EU referendum vote and the associated weakening of the British pound versus the Euro. The trading conditions in the Netherlands also remained challenging and have led to lower-than-expected profitability.

At Belron, year-to-date sales from continuing operations were up 5.2 percent at the end of October 2016 compared to the same period last year. This equates to a 4.3 percent organic increase, 0.9 percent growth from acquisitions and a positive trading-day impact of 1.2 percent, partially offset by a negative currency translation effect of 1.2 percent, D’Ieteren reported. The total number of repair and replacement jobs increased by 4.8 percent to 9.8 million during the first 10 months of the year.

European sales increased by 2.8 percent, representing an increase in organic sales of 1.8 percent, 1.5 percent growth from acquisitions and a positive trading-day impact of 2.0 percent, partially offset by an adverse currency impact of 2.4 percent.

The organic growth primarily reflects the continuing recovery of the UK business and market share gains in Germany. The acquired growth mainly relates to the 2015 acquisitions in the Netherlands and Germany together with the acquisition of the former Finnish franchisee and smaller 2016 acquisitions in Spain and Sweden. The negative currency impact was due to a weaker British pound following the UK’s EU referendum.

Outside of Europe, sales increased by 7.3 percent, comprising an organic sales increase of 6.5 percent. This is primarily in the United States due to increased marketing activity and continued progress with insurance partners, a 0.4 percent impact due to acquisitions in the United States and a 0.5 percent impact from trading days, partially offset by a negative 0.1 percent of currency translation.

Belron’s current result before tax, group share, is expected to be marginally up in FY 2016 with improving results in Europe, especially in the UK, D’Ieteren said. In the United States, the fall through from higher sales to the current operating result continues to be influenced by growth-related investments. The improved trading profit will lead to higher charges (EUR 10 million expected in FY16 compared to EUR 5 million in FY15) related to management long-term incentive programs. Belron’s sales are planned to increase next year especially in the US and Germany due to continued market share gains.

Belron subsidiary Carglass Belgium announced the acquisition of CARe Carrosserie, a specialist in vehicle body repair. The transaction fits with Belron’s aim to extend its services beyond vehicle glass repair and replacement.

This entry was posted in glassBYTEs Original Story and tagged Belron, D'Ieteren Group. Bookmark the permalink.