The U.S. Department of Transportation issued a proposed rule December 14 that would 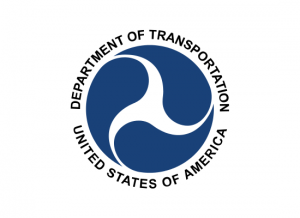 advance the deployment of connected vehicle technologies throughout the U.S. light vehicle fleet, according to a DOT release.

The Notice of Proposed Rulemaking would enable vehicle-to-vehicle (V2V) communication technology on all new light-duty vehicles, according to the release. The V2V technology could enable new crash-avoidance applications and help vehicles “talk” to each other.

The proposed rule would require automakers to include V2V technologies in all new light-duty vehicles. The rule proposes requiring V2V devices to “speak the same language” through standardized messaging developed with industry.

“We are carrying the ball as far as we can to realize the potential of transportation technology to save lives,” said U.S. Transportation Secretary Anthony Foxx. “This long-promised V2V rule is the next step in that progression.  Once deployed, V2V will provide 360-degree situational awareness on the road and will help us enhance vehicle safety.”

The latest rule is part of an effort began in February 2014, when Foxx announced the Department would accelerate its work to enable V2V, directing the Department’s National Highway Traffic Safety Administration (NHTSA) to begin work on the rulemaking. NHTSA issued an Advance Notice of Proposed Rulemaking in August 2014. “Advanced vehicle technologies may well prove to be the silver bullet in saving lives on our roadways,” said NHTSA administrator Mark Rosekind. “V2V and automated vehicle technologies each hold great potential to make our roads safer, and when combined, their potential is untold.”

Separately, the Department’s Federal Highway Administration plans to soon issue guidance for Vehicle-to-Infrastructure (V2I) communications, which will help transportation planners integrate the technologies to allow vehicles to “talk” to roadway infrastructure such as traffic lights, stop signs and work zones to improve mobility, reduce congestion and improve safety, according to the DOT release.

NHTSA estimates safety applications enabled by V2V and V2I could eliminate or mitigate the severity of up to 80 percent of non-impaired crashes, including crashes at intersections or while changing lanes.

V2V devices would use the dedicated short range communications (DSRC) to transmit data, such as location, direction and speed, to nearby vehicles.

That data would be updated and broadcast up to 10 times per second to nearby vehicles, and using that information, V2V-equipped vehicles can identify risks and provide warnings to drivers to avoid imminent crashes. Vehicles that contain automated driving functions—such as automatic emergency braking and adaptive cruise control—could also benefit from the use of V2V data to better avoid or reduce the consequences of crashes.

V2V communications can provide the vehicle and driver with enhanced abilities to address additional crash situations, including those, for example, in which a driver needs to decide if it is safe to pass on a two-lane road (potential head-on collision), make a left turn across the path of oncoming traffic, or determine if a vehicle approaching an intersection appears to be on a collision course. In those situations, V2V communications can detect developing threat situations hundreds of yards away, and often in situations in which the driver and on-board sensors alone cannot detect the threat.

Privacy is also protected in V2V safety transmissions. V2V technology does not involve the exchange of information linked to or, as a practical matter, linkable to an individual, and the rule would require extensive privacy and security controls in any V2V devices.

The notice of proposed rulemaking will be open for public comment for 90 days.

Additional resources can be found here.

This entry was posted in glassBYTEs Original Story and tagged Department of Transportation, NHTSA. Bookmark the permalink.