The new year is less than a month old, and some auto glass companies have already begun making personnel moves.

Scott Krohn has been promoted to the newly-created position of chief process and quality officer. He previously held the role of ABRA’s executive vice president of operations.

Toan Nguyen has been promoted to the newly-created position of chief information and strategy fficer.

“I am thrilled to announce the appointment of these three talented leaders to their new roles,” said Ann Fandozzi, ABRA’s president and CEO. “Each of them have outstanding performance records and an unwavering passion for the industry. Their knowledge and clear vision for ABRA’s future will be instrumental in our long-term growth.” ABRA’s current portfolio includes 335 locations in 25 states with more than 5,000 employees. 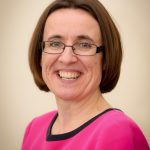 “This new post reflects the emphasis that National Windscreens puts on the insurance sector and it is designed to help the company increase its continuously growing share of the UK market,” Pugh said.  “This appointment recognizes the success of the business development program we have been operating with insurers over the past few years and I am proud to continue this work in my new expanded role.”

Pugh has been working at National Windscreens since 2013 developing business in the insurance market, according to the release.

“Customer satisfaction is a key performance measure for insurance companies,” said Pete Marsden, managing director at National Windscreens. “Lisa has been promoted to this role to ensure we continue to offer a market-leading service to insurers.”

This entry was posted in glassBYTEs Original Story and tagged ABRA, National Windscreens. Bookmark the permalink.