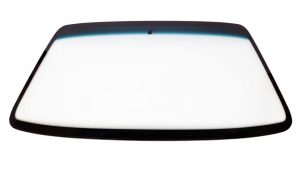 In the two weeks since Mitchell International issued a statement announcing a re-issuance of the January NAGS benchmark and a reversion to September 2016 pricing, some shops are taking the news in stride.

Mitchell made the announcement December 29 that it would pull back the January pricing and begin a review of its methodology used to develop its benchmark pricing.

“After the January update was released, we had a number of inquiries and questions from customers and others, so we decided it was time to do a full review of the processes and the methodology we use to develop the Benchmark pricing,” said Mitchell senior vice president of services and operations John Gilmartin, who has been with the organization for 22 years. “We thought it best to slow down and do the review, so that is why we are reverting to the September pricing.”

The abrupt switch does not seem to have affected auto glass businesses from an overall standpoint, but the NAGS pricing remains a sticking point with several.

And the January prices were rescinded so quickly that not all business owners and managers got a look at them. Several businesses contacted declined to discuss the matter on the record, while others felt the matter was business as usual.

Mark Murphy, the owner of Murphy’s Auto Glass in Orangeburg, S.C., was one of those who never got a chance to look at the change.

“I downloaded it, then the next day I got the notice that it was going back to the old pricing, so I never had a chance to study it,” he said January 11.

Murphy said he viewed the latest move by NAGS as part “a trend in tremendous discount prices for insurance companies over the last year and a half – about $70 per claim.”

He also said he has wondered for years how the pricing methodology works and why “someone else” gets to set prices rather than himself, so changing the methodology “might answer that question.”

His business manager, Earl Whalen, said he didn’t get a chance to look at the new prices, either, but the NAGS prices affect the business and how they deal with insurance companies.

“With some carriers we’ve negotiated some of the rates,” he said. “Some have been amenable to making minor adjustments.”

One owner who did see the new prices, Eric Daniels, called them “outrageous.”

His business, Eric’s Windshield Repairs and Replacement in Rosedale, N.Y., is a registered member company of the Auto Glass Safety Council (AGSC), he said, but other shops in New York who aren’t certified “don’t play by the same rules.”

“I think it will affect my business where pricing is concerned because of the stiff competition in New York,” Daniels said. “I give my pricing and customers say, ‘I can get that cheaper.’ That’s why I don’t do a lot of insurance work.”

Kevin Chalmers of Red White and Blue Glass in Brandon, Fla., said the NAGS pricing, regardless of the methodology, affects his business, even if there’s not much he can do about it.

This entry was posted in glassBYTEs Original Story and tagged Mitchell's, NAGS. Bookmark the permalink.