Winter Storm Jupiter has emerged as a major ice storm, sweeping across the middle of the country with the potential for widespread damage – and disrupting auto glass businesses in the Midwest. 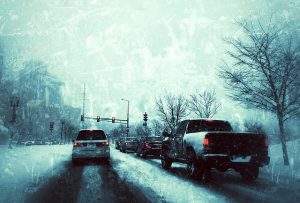 Mike Baker, manager at Glass and Upholstery Center Inc., El Dorado, Kan., is as prepared as he can be, given the situation.

“We have suppliers in Wichita, and it seems to work out,” he said. “I’m not really doing anything out of the ordinary.”

Expecting bad weather later Friday, he said business usually drops off prior to the storm, then spikes afterward, depending on the severity of the damage caused by ice.

“It can be huge,” he said. “Especially when branches come down on somebody’s windshield or rear window.”

In Missouri, the weather predictions were dire enough to cause Glass Doctor St. Louis to close Friday. Ed O’Donnell was the lone employee at work, but only because he lives close enough to get in.
“I got a text this morning from the owner saying we’re off,” he said. “It’s awful out there.”

With roads already slick from ice and a forecast of up ¾ of an inch of ice by storm’s end, O’Donnell said,

“that’s pretty severe. That’s when the power starts to go out.”

And his business had slowed to a near-standstill.

“There’s nobody on the highways or the roads,” he said. “But we should be up and running again by Monday. And people with dings or divots in their windshields are going to find that they’ve grown and need repairing.”

Another St. Louis shop, Martin Glass Company, remained open, but with a close eye on the weather.

“It’s definitely affecting our business,” said manager Kelly Kosydor. “We’re trying to not go too far away from our hub center to keep our techs safe. We’re expecting the bad weather to hit around noon, so we don’t want them too far away.”

Safety is her number-one issue, she said, so, “We’re not scheduling any more jobs today. We don’t want customers on the roads when they’re like this. But we are, of course, taking orders over the phone and scheduling jobs for next week.”

The resulting damage will likely include a higher-than-usual number of windshield replacements, Kosydor said.

The storm is expected to move toward the East Coast over the weekend, and glass shops there are preparing for its arrival.

“We expect business to do down for a couple of days, then go right back up, so we’re preparing for that,” said Carol Gerhold of Auto Glass Heroes in Manchester, Md. “Other than that, there’s not much we can do except sit tight and wait until everything gets moving.”

As far as business hours, Gerhold said she doesn’t anticipate closing the shop.

In West Virginia, Rose Bussolini said the bad weather might have an upside.

“We’ve been extremely slow,” she said. “So, if it comes, we hope business will pick up.”

“I’m hoping and praying it does come along to help business,” he said. “We deal with the extremes, the heat, cold, snow and ice, and a snowstorm always seems to be good for business and the chips and cracks that people get.”

Freeman said his shop, which is closed on the weekends, hopes for more business next week, but he doesn’t put much stock in weather forecasts.

This entry was posted in glassBYTEs Original Story and tagged windshield repair, Winter Weather and AGRR. Bookmark the permalink.