There’s been an update on the status of Arizona’s SB 1169, a proposed bill that would repeal the state’s “zero-deductible” policy on auto glass repair and replacement.

The bill had been held by Sen. Karen Fann, co-author of the bill, at two previous Transportation Committee hearings, and therefore, was not voted on. Tuesday, February 14, was the last opportunity to bring the bill to the table. 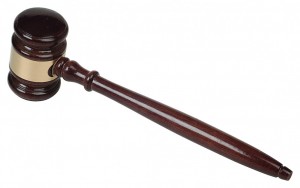 Rex Altree, owner of SafePro Auto Glass in Phoenix, says the bill was not heard yesterday by either the Transportation nor Finance Committee. “SB 1169 was not heard in either committee yesterday, which means that, as of this moment, there’s going to be no movement of the bill,” he explains. “They’re going to have to move it over to the House if they want it to be voted on.”

According to Altree, he suspects the bill wasn’t voted on in committee yesterday because Sen. Fann knew there wouldn’t be enough votes to move the bill forward.

But, that doesn’t mean the bill is dead yet, or that it won’t be heard again. “My best guess, and it’s just a guess, is that the bill will go to the Arizona House of Representatives, and then they will do either a striker bill, which they did last year, or it will be an amendment to another similar bill that has to do with insurance,” Altree says.

He adds that the lobbyist who’s been helping consumer groups and auto glass shops fight the bill, Jimmy Hamilton of Hamilton Consulting, believes that there’s a 90-percent chance that either of those two scenarios are likely to happen.

“We’ll be doing this again. It’s just like the old song, ‘Second verse, same as the first.’ We’ll just be fighting this bill in the House next time,” explains Altree.

If the bill gets passed in both committees and the House, it will then go back to the Senate to be voted on.