Nissan is under fire following a lawsuit alleging that certain 2008-present Nissan and Infiniti models have defective panoramic glass sunroofs, causing them to explode spontaneously. 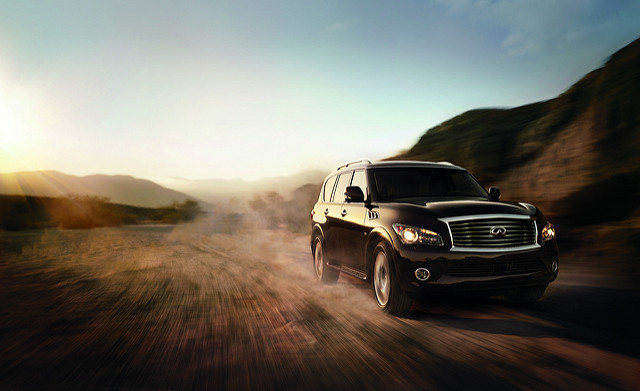 The plaintiff, Janelle Horne, claims that she, her husband and four kids were riding in a leased 2016 Infiniti QX80 when the sunroof unexpectedly shattered, sending shards of glass flying from the roof. She then took the vehicle to an Infiniti dealership, only to be told that the damage was likely caused by rocks or other falling objects hitting the sunroof and refused warranty coverage. However, the lawsuit states that had an object hit the sunroof, the glass would have shattered inward.

After refusal to cover the replacement by warranty, Horne threatened to take matters publicly, which caused the dealer to replace the sunroof, according to the court document. It also states that she was not reimbursed for other damage sustained to the vehicle from the sunroof explosion, nor was her warranty ever acknowledged, though it violated her signed lease agreement.

The plaintiff isn’t the first to complain about the defendants’ exploding sunroofs. The document lists numerous complaints from other owners that have been filed with the National Highway Traffic and Safety Association (NHTSA).

“2015 Infiniti QX60: I found out on Saturday morning, that my sunroof was broken (looks like exploded from the inside out), I checked [for] any stones or any debris (that could hit my car around my driveway, but there [was] nothing around the car and there were no marks on the roof as well).”

Altogether, the document lists 23 owner complaints. Horne adds that Nissan knew about the defect long before NHTSA began an investigation. The document states, “ … A survey of the driver complaints, for example, shows that the sunroofs shatter within weeks or months of purchase, and the complaints to the NHTSA, above, show that drivers were reporting the problem as early as 2008.”

The defendants deny that their vehicles have defected sunroofs, but instead, the explosions are caused from falling rocks and other road debris.