Cadillac Automobile Company, a division of General Motors (GM), has been hit with a lawsuit alleging the company manufactured and/or designed 2010-2013 Cadillac SRX models with leaking sunroofs and has denied warranty coverage for certain year models. 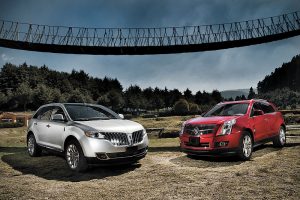 Plaintiff Kelley Gaines, a resident of California, claims the vehicles were manufactured or designed with defective sunroof seals or drains, allowing water to enter the passenger side of the vehicle. This, she claims, results in wet and moldy floors, damage to interior components and electric modules.

In February 2017, the plaintiff claims to have noticed that the floorboards of her 2010 SRX were soaked with water and was told by a dealer that the water had also saturated the padding between the firewall and instrument panel assembly. Gaines alleges the dealer informed her that the right front sunroof drain hose was loose and the right front sunroof was not seated in the grommet at the firewall.

Both parts were replaced at $442.48, an additional $513 for removal and $50 for cleaning the carpets. The plaintiff’s insurance covered the majority of the costs, but she had to pay the $250 deductible.

According to the court document, the manufacturer allegedly denied warranty coverage for replacement parts and repairs for models older than 2014, despite issuing a notice of a water leak as early as August 2013.

The lawsuit states, “In or about August 30, 2013, within the initial Bumper-to-Bumper Limited Warranty period of the Class Vehicles, Defendant issued General Motors Document … ‘Water Leak at Driver/ Front Passenger Floor Area and/ or Front Carpet Wet.’”

Currently, this class-action lawsuit only includes owners in California, but Gaines claims more than 222,000 of the affected SUVs were manufactured.

This entry was posted in glassBYTEs Headlines, glassBYTEs Original Story. Bookmark the permalink.

18 Responses to Cadillac Hit with Lawsuit Regarding Leaking Sunroofs