Posted on May 3, 2017 by Katherine Coig
kcoig@glass.com

The lawsuit against Chrysler for leaking sunroofs is still trying to reach class-action status. The lawsuit, which was first filed in 2014, alleges the manufacturer was negligent in disclosing to owners that regular maintenance is needed on affected vehicles’ sunroof drain tubes. 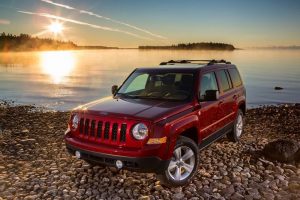 The lawsuit was brought forth by David Cox, owner of a 2010 Jeep Patriot. He claims his vehicle’s sunroof began leaking after owning the vehicle for the less than a year, and, as a result, has sustained interior damage that lessen the vehicle’s resale value.

“Within one year of purchase and when the vehicle had approximately 10,000 miles on it, plaintiff Cox’s vehicle began leaking from the sunroof damaging the radio in the vehicle,” the court document states. “Plaintiff Cox brought his vehicle in to the Chrysler dealer’s service department to service the sunroof leak immediately. The Chrysler dealer replaced the radio and cleaned out the sunroof drain tubes. However, the sunroof has leaked several times since the first attempted repair, once again damaging the radio display and causing electrical malfunctions in the sunroof. Thus, on June 26, 2013, plaintiff Cox brought the vehicle in to the Chrysler service department again to service the sunroof leak. However, Chrysler refused to repair the sunroof leak under the warranty stating that clogged drain tubes is a maintenance problem. As a result, plaintiff Cox continues to observe water leaking into and through the sunroof and interior dome light that has resulted in electrical problems, a noticeable musty or moldy smell and water damage to the interior of his vehicle.”

Cox claims he was never told by Chrysler that the vehicle’s sunroof drain tubes would need routine maintenance.

The lawsuit also alleges that Chrysler told a number of owners that the leaking sunroofs were a result of the vehicles being misused. It goes on to claim that even vehicles that were still under warranty were denied repairs by dealers, who claimed the damage was due to the owners not taking the proper steps in maintaining the sunroof drain tubes.

Claims in the lawsuit regarding warranty and fraud have been dismissed by the judge, but claims of violating implied warranty and consumer protection laws are continuing. According to the judge, the plaintiffs have not had sufficient time to “engage in merits-based discovery” against Chrysler.