Posted on May 1, 2017 by Katherine Coig
kcoig@glass.com

In observance of Workers’ Memorial Week, a global event meant to honor workers who’ve died or have been injured at the workplace, the National Council for Occupational Safety and Health (NCOSH) announced “The Dirty Dozen” employers of 2017. The report names companies that NCOSH feels have put workers and communities at risk due to unsafe practices. This year, auto glass manufacturer Fuyao was among the companies listed. 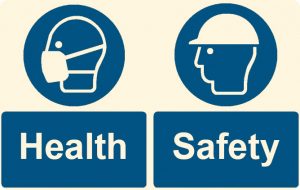 According to the report, Fuyao workers were exposed to unsafe work conditions which included working in the vicinity of broken glass without having proper protection. The report also claims the company had 23 serious OSHA violations, which were not named, and numerous complaints from employees who were exposed to the risk of amputation.

The company has already taken steps to increase workplace safety. In March, Fuyao announced its plans to invest more than $7 million into improving its safety standards to its Ohio facility by the end of the year, after being cited by OSHA. The manufacturer, which has more than 2,000 employees in Ohio, partnered with colleges in the area to help develop safety programs for its leadership. It also formed an internal environmental health and safety team to provide training in both English and Chinese.

Nissan USA in Franklin, Tenn., was also included in the report. It stated the company has had five employee deaths in five years; $99,000 in proposed OSHA fines; and employees reported they feared losing their jobs if they reported injuries.

Jessica Martinez, co-executive director of NCOSH, explains that the “Dirty Dozen” report is a call to action for these employers to eliminate unsafe practices for the betterment of its employees and workplace environment.

The report also notes an overall decrease in deaths from workplace injuries since the Occupational Safety and Health Act was passed in 1970.  As a result, costs to employers and taxpayers are reducing by more than $200 billion a year. “If workers were still dying at the rate experienced in 1970—18 per 100,000 full-time workers, as opposed to 3.4 per 100,000 in 2015—the U.S. workforce would experience more than an additional 23,000 deaths per year,” the report states. “Each workplace death costs a projected $8.7 million in legal and medical expenses, lost productivity and other costs.

“During the last two years, however, deaths from workplace trauma have increased significantly, from 4,585 deaths in 2013 to 4,836 deaths in 2015, demonstrating the urgent need for stronger and more effective safety measures …”