Posted on May 9, 2017 by Katherine Coig
kcoig@glass.com 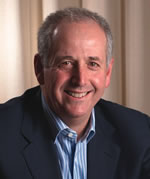 Gary Lubner, CEO of Belron, parent company of Safelite AutoGlass in the U.S.

Belron continues to face a declining market in a number of developed economies, says Belron CEO Gary Lubner in D’Ieteren’s 2016 annual report. This, he says, is due to a reduced number of auto glass repairs and replacement due to lower miles driven, lower speeds, smaller vehicles and safer roadway surfaces.

D’Ieteren, a Belgium-based company, owns Belron, which is the parent company of Safelite AutoGlass in the U.S.

Lubner says the roughest market conditions were in France, due to fuel strikes which caused less miles driven, and in Italy, where the country experienced an exceptionally dry winter. “We have recorded an asset impairment in relation to our Italian business as we do not anticipate a market recovery,” he states in the report.

He adds that the company has also recorded asset impairments in the U.K. following the drop in British currency after the Brexit vote, which caused glass prices to increase; he also noted an impairment regarding its Dutch business “due to further expected declines in the market which we expect to continue to put pressure on the profitability of the business.”

“Our U.S. business, Safelite AutoGlass, recorded the strongest growth with customers served increasing by 6 percent which is an outstanding result,” Lubner says.

The company has also made investments in order to serve the growing number of customer’s with vehicles sporting advance driver assist systems (ADAS).

“Belron has worked with specialist recalibration companies to develop tools and techniques, to ensure that we can recalibrate systems as part of the service, rather than having to refer customers to alternative suppliers,” Lubner explains. “We have invested in recalibration tools and, in 2016, completed more than 70,000 recalibrations as part of our replacement services. We expect this to continue to increase in 2017 as vehicles with ADAS continue to become more prevalent, and we will respond accordingly.”

As part of its new services strategy, Belron made a number of acquisitions in 2016, including CARe Carrosserie in Belgium and Speedy Collision in Canada, both of which specialize in automotive damage repair.

The new services Belron plans to add in addition to auto glass repair and replacement include vehicle, property, and claims management services.

Belron also released its 2016 financial report. Year-over-year sales increased by 4.6 percent, including a 4.6 percent organic increase and a 0.9 percent growth of acquisitions, which partly offset the negative impact of 0.9 percent due to the drop in British currency.