With employment up, more Americans are on the roads increasing the number of miles they drive. The result? A higher rate of auto accidents and a rise in total loss costs, according to a recent study by Insurance Information Institute. These factors, the report notes, could be the reason why auto insurers are tasked with increasing rates. 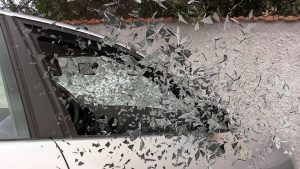 While the correlation between having more vehicles on the roads and an increase in accidents isn’t exactly surprising, the cost of these accidents may be. Loss cost, or the dollar amount of claims per vehicle per year, has increased 13 percent in two years, ending March 2016—10 times the inflation rate, the study says.

Loss costs also account for the majority of auto insurance prices and have two components: frequency and severity.

Frequency, or commonly known as “accident rate,” is the number of claims per vehicle. The study states that claims frequency is increasing steadily, despite the number of vehicles equipped with enhanced safety features or other Advanced Driver Assistance Systems (ADAS).

“Claim frequency has been rising. In the last two years (first quarter 2014 to first quarter 2016), collision claim frequency—a good proxy for the overall accident rate—increased 2.6 percent,” the report notes. “The frequency for other coverages rose as well. This appears directly linked to an increase in the number of miles people are driving.”

Severity, which is the average size of the claim, is increasing as well.

Claims severity usually rises faster than the rate of inflation, which the study surmises is due to the cost of body work as vehicles advance.

Other factors noted were bodily injury and a rise in crash-related fatalities.

In conclusion, the study says, “Both frequency and severity have been climbing faster in recent years. These two facts have applied considerable upward pressure to auto insurance rates.”

This entry was posted in glassBYTEs Headlines, glassBYTEs Original Story. Bookmark the permalink.