Volkswagen Group of America has issued a recall for certain 2015-2017 Audi A7 vehicles due to improper deployment of head curtain airbags, which could put a passenger in greater risk of an injury in the event of a crash. The company issued the recall on May 1, and an estimated 17,694 vehicles may be affected. 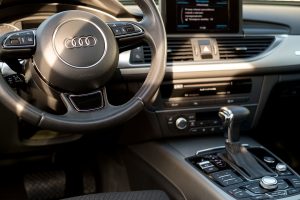 “The affected vehicles have head curtain air bags that may not deploy properly in the event of a crash,” the recall states. “As such, these vehicles fail to comply with the requirements of Federal Motor Vehicle Safety Standard (FMVSS) number 226, ‘Ejection Mitigation.’”

Audi will notify owners of the specified vehicles, and dealers will replace the affected head curtain air bags at no cost to the owner. According to the notice, the manufacturer expects the recall to begin on June 29, 2017.

This entry was posted in glassBYTEs Headlines, glassBYTEs Original Story and tagged airbag, Audi, Audi A7, Volkswagen. Bookmark the permalink.