Auto insurance premiums have seen a surge in recent years—up 21.5 percent since 2012, according to consumer price index (CPI) figures from the U.S. Department of Labor. These stats represent one of the largest increases in a five-year span, second to the early 1990s, according to Forbes. As the automotive industry increasingly incorporates Advanced Driver Assistance Systems (ADAS), which can lead to higher auto glass repair and replacement costs, how can the auto insurance industry maintain lower repair costs for vehicles equipped with ADAS features? 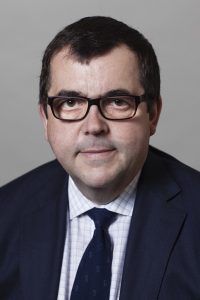 Rupert Armitage, managing director of Auto Windscreens, said in a webinar hosted by the UK news source Insurance Times that the industry needs to set a recalibration standard first and foremost. “I think as soon as the industry accepts the fact that if we have a standard and not 15 or 20 or 30 different ways of trying to recalibrate … I think we’ll be able to put a handle on the costs, at least in the initial stages.”

But one of the main risks insurers face when it comes to recalibrating windshields is the event in which the process wasn’t performed correctly. When a recalibration isn’t done properly, no warning signals alert the driver that a feature may not be working as it should. In addition, some manufacturers have different recalibration requirements for different makes and models, which can make the recalibration harder and more time-consuming for the technician.

“We approach this whole project from the point of view of the liability of ourselves, the insurer and, obviously, the safety of the customer which, ultimately, these ADAS features have to bring to the vehicle on their journey. With that in mind, we … approached the manufacturers assigning individual dealers only … simply because I didn’t want one of our technicians actually signing off on a recalibration that somebody’s vehicle is safe and then, God forbid, an accident occurs because that customer is relying on one of the systems in that vehicle, which, in fact has not been recalibrated correctly,” Armitage said. “The whole landscape of ADAS is moving so quickly … the only way that we felt we could give a 100-percent solution to this whole issue is by signing up with the manufacturers because clearly they will have the most up-to-date data which … is ever-changing.”

Armitage points out that one of the biggest issues customers and insurers are facing with windshield repair and recalibration is that some of the aftermarket recalibration systems that are being used throughout the market are unable to recalibrate certain vehicles to the manufacturer’s specification. “In that case, you’re then seeing the customer being affectively cut loose to arrange the windscreen repair and recalibration through the dealership where, in the majority of cases, they will have to pay for that recalibration and replacement up front, and then recoup the costs from the insurer, which, obviously, is not a very satisfactory claims journey for the customer or the insurer who won’t actually know the cost at all, or indeed that there might be a claim.”

Armitage added that Auto Windscreens handles the entire process, from purchasing the replacement glass to the recalibration, and the dealership or manufacturer bills them directly. This ensures the insurer will only receive one invoice in the case that the vehicle does need a recalibration.