A former Fuyao Glass America employee is suing the manufacturer for alleged unpaid wages and overtime during her three-month employment at its Moraine, Ohio facility.

According to the court document, plaintiff Julia Staggs began working at the facility as a production line worker in September 2016, earning $12 (USD) an hour and working at least 40 hours a week. 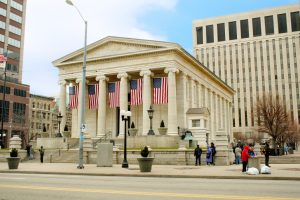 Staggs claims the company refused to pay her overtime, as well those similarly situated, due to the defendant’s automatic meal break deduction policy. According to the document, the plaintiff says all hours worked over 40 were to be compensated at a rate of one and a half of their regular rate.

The plaintiff quit in December 2016 after the company allegedly refused to pay her for overtime.

The lawsuit states Fuyao had a policy for all production line workers which resulted in an automatic deduction of half an hour of time, instead of allowing employees to clock in and out for meal breaks.

“Rather, Defendant has applied a policy for all production workers that resulted in the automatic deduction of one half hour of time—i.e., almost always hours worked—for each and every day worked. Defendant has deducted this half hour of time each work day even though Plaintiff and similarly situated employees have not been relieved completely from their work,” the document reads.

Staggs also claims she and other employees were sometimes not allowed to leave the production line at while shareholders were visiting the facility to observe or “because deadlines were approaching.”

However, Staggs claims the company still deducted half an hour for a meal break, despite not being relieved of their duties.

The plaintiff also alleges she and 100 other employees were promised time-and-a-half to work the Saturday and Sunday following Thanksgiving 2016, which, she alleges, the defendant’s did not pay.

Staggs terminated her employment at the facility following the incident, and claims she was also not paid for earned vacation time.

She alleges the company promised, upon employment termination, that all employees would be monetarily compensated for vacation hours not taken during their employment tenure.

The plaintiff is seeking class-action status and is demanding a trial by jury.