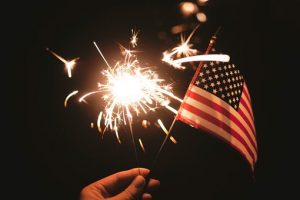 This Fourth of July holiday weekend is expected to break records, with an anticipated 44.5 million Americans traveling at least 50 miles away from their home, according to AAA. That’s 1.2 million more travelers compared to last year’s holiday and marks 2017 as the most traveled Independence Day ever, the report notes.

Of that 44.2 million, 37.5 million Americans are expected to drive to their destination as opposed to flying, taking a train or riding a bus. According the report, that’s an increase of 2.9 percent over last year.

A contributing factor to the increase in travel is in part due to historically low gas prices during the summer season, with the national average coming in at $2.28 a gallon. That’s a four-cent drop year-over-year.