GM Hit with Another Lawsuit over Faulty Headlights

General Motors (GM) is still in hot water when it comes to the company’s headlights. Chester Steele, a resident of California, has filed a class action lawsuit against the company alleging certain 2010-2015 Cadillac SRX models are equipped with defective headlights. 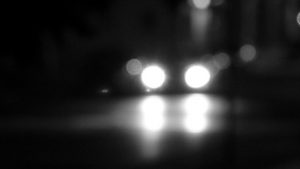 Steele claims the seal used in the headlights prematurely deteriorates, causing moisture to accumulate inside the housing unit, which, in turn, causes corrosion and electrical shorts in the headlight components. This causes an undue safety hazard to owners of the vehicles, according to the plaintiff.

Steele purchased a Cadillac SRX in October 2012. On a trip from his home in Yreka, Calif., to Palm Springs, Steele says he noticed his vehicle had condensation in the headlights and appeared gray. The problem worsened as he encountered a rain storm, he claims, which caused more condensation to accumulate in the headlamp assemblies.

At the end of January 2017, the plaintiff says the driver’s side bulb failed. The car had approximately 51,600 miles on it. As a result, Steel says he took the vehicle to an authorized GM repair facility and was told by the dealer the issue was caused by the igniter in the headlight which had shorted out due to moisture. Steele claims he had to pay $660.29 to have the headlights fixed.

The plaintiff alleges he still experiences issues with the vehicle’s headlights.

According to the lawsuit, GM has tried to remedy the situation beginning in 2011, but the plaintiff claims all efforts fell flat in fixing the defect.

The lawsuit was filed in the Southern District of California, and the plaintiff is demanding a trial by jury.

1 Response to GM Hit with Another Lawsuit over Faulty Headlights