PGW and Karlo Agree to Settlement

Pittsburgh Glass Works (PGW) and former employee Rudolph Karlo have dismissed their claims against one another and have agreed to a settlement, according to a recently filed court document. 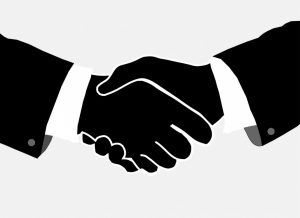 Karlo, along with several other former employees, filed a class action complaint against PGW in 2010, following their termination. According to the employees, all of whom were in their 50s, the termination was age discrimination against the company’s older workforce.

The judge for the U.S. District Court in the Western Pennsylvania division issued a summary judgment in favor of PGW saying the class action could not go forward. However, the judge did allow one count of the complaint to proceed to trial—the retaliation claims by Karlo.

The jury found that PGW “willfully” violated the law in the case of Karlo, which meant doubling damages.

However, in early 2017, the U.S. Court of Appeals investigated whether or not the case fell under the Age Discrimination in Employment Act (ADEA). The Circuit Court ruled that the plaintiffs did in fact fall under the ADEA, citing the Supreme Court O’Connor V. Consolidated Coin Caterers, where the Supreme Court ruled that the ADEA refers to discrimination of all ages, not just those forty and over.

The first judgement of the District Court was therefore overturned.

After PGW was granted an extension to file its reply brief, the two parties agreed to a settlement. The terms of the agreement were not disclosed.