Lucia Luong has filed a class action lawsuit against Subaru of America Inc. in the Northern District of California, claiming the windshields of 2015 through 2016 Subaru Outback and Legacy vehicles “contain one or more design and/or manufacturing defects that cause the windshield to crack, chip and/or fracture.” 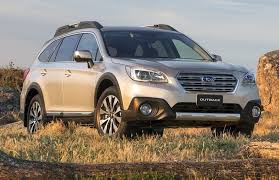 Luong purchased a new Subaru Outback in February 2015. Around March 2017, she claims to have noticed a crack that had “spontaneously appeared” from the base of the windshield. The plaintiff alleges she had not witnessed any impact that would cause the windshield to do so, nor had she driven the vehicle the previous day. After taking her vehicle to the dealership for a replacement, she claims she was denied warranty coverage.

According to the lawsuit, replacement windshields suffered from the same defect, and dealers refused warranty coverage, despite the windshield damage showing no point of impact.

Luong’s attorneys cite numerous complaints to the National Highway Traffic Safety Administration (NHTSA) by Subaru owners regarding their windshields spontaneously cracking. According to the court document, hundreds of thousands Subaru owners have made complaints to NHTSA about the windshield defect.

This, the plaintiff says, presents a serious safety hazard that Subaru should disclosed to consumers of the affected vehicles.

Attorneys for Luong have requested class action status, stating they meet all requirements. The plaintiff also requests a trial by jury.

The lawsuit was filed in the Northern District of California- San Francisco Division because Luong is a California resident.

The glass manufacturer was not named in the lawsuit, and Subaru has yet to respond to the complaint as of press time.