A proposed amendment to Chapter 19 by the Wyoming Department of Insurance (DOI) that would allow vehicle owners the right to choose OEM parts at no extra cost, is currently awaiting approval by Gov. Matt Mead. Some auto glass repair and replacement companies and auto insurers have already opposed the measure, stating consumers will be confused as to which replacement parts will be covered by the new regulation, specifically glass. 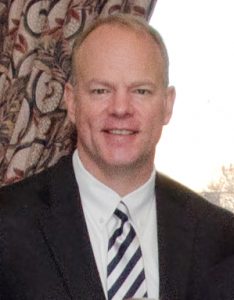 The current law already states that insurers must inform and have the consumer’s written consent whenever non-OEM parts are used in a replacement. The proposed amendment reads, “No insurer shall directly or indirectly require the consumer to pay any difference in price if the consumer elects to use OEM parts in the repair of the vehicle.”

In addition, the proposal also redefines the term “aftermarket part,” to mean, “… which generally constitute the exterior of a motor vehicle, including inner and outer panels.” The new language removes “sheet metal or plastic parts” from the current definition.

The DOI’s summary of comments states, “The companies that have submitted comments believe that this language is ambiguous and will confuse people as to what parts are covered by the regulation. They are concerned that it will lead to the interpretation that it applies to all exterior parts including tires or glass. Safelite, State Farm and PCI recommend including the language, ‘sheet metal or plastic parts’ to the definition, excluding glass or leaving the definition the same as previously defined.”

According to the summary, the mentioned companies also expressed their concern that the new regulation will create a “‘de-facto’ ban on the use of Non-OEM parts” in the state. This, the companies suggest, will cause larger losses, insurance rates to increase and have no benefit to Wyoming residents.

1 Response to WY Bill: Owners Can Choose OEM Parts at No Extra Cost