Earlier this month, European Commission officials, as well as officials from the Competition and Consumer Protection Commission (CCPC), carried out unannounced inspections at certain auto insurers in Ireland to investigate suspicions of price fixing. 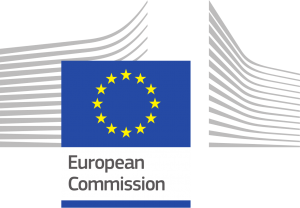 “The Commission has concerns that the companies involved may have engaged in anti-competitive practices in breach of EU antitrust rules that prohibit cartels and restrictive business practices and/or abuse of a dominant market position,” a statement from the European Commission says.

According to the release, unannounced inspections are the first course of action taken when anti-competitive practices are suspected. No auto insurers were named in the release; however, the statement does say that these inspections are not indicative of illegal practices nor do they foreshadow the outcome of the investigation.

Insurance Ireland confirmed that it was one of the companies under investigation in a press release, which reads, “Insurance Ireland understands that the inspection at its premises relates to databases concerning claims history information and drivers’ penalty points. Insurance Ireland is co-operating fully with the European Commission and is confident its practices are fully compliant with competition law. Insurance Ireland is not in a position to comment further at this time.”

In September 2016, the CCPC began investigating allegations that certain auto insurers were openly signaling increases in insurance premium prices in breach of competition law. According to a release from the organization, the investigation was prompted due to numerous consumers reporting steep insurance price increases—a 60-percent increase over the course of three years, according to the Irish news source JOE.ie.

The European Commission says there is no legal deadline to complete inquiries into anti-competitive practices, but rather the “duration depends on a number of factors, including the complexity of each case, the extent to which the companies concerned co-operate with the Commission and the exercise of the rights of defense.”