In the first half of 2017, SIKA Corporation reported a sales increase of 8.1 percent, or $3,140.4 million USD, and a net profit increase of 16 percent on a year-over-year basis. The company said the growth is largely due to investments in new products, national subsidiaries and factories. 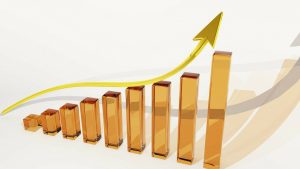 “With a clear sales increase of 8.1 percent and a surge in net profit of 16.0 percent, we are continuing to consistently and successfully deliver our growth strategy,” said Paul Schuler, CEO of SIKA, in a press release. “We posted double-digit growth rates in Eastern Europe, Africa, North America, Argentina, the Pacific area and in our automotive business …”

The company reports it experienced growth in all regions, but particularly in the U.S., which is up 17.4 percent from last year.

The news follows the January 2017 announcement that the company had acquired Bitbau Dörr, an Austrian waterproofing systems manufacturer. With the acquisition, SIKA received the company’s three distribution sites in Vienna, Graz and Linz, in addition to its headquarters in Innsbruck.

As for the company’s outlook through the rest of 2017, it anticipates sales to increase at disproportionately high rates. However, according to the press release, “The unknown outcome of Saint-Gobain’s hostile takeover attempt remains an element of uncertainty for the future.”