U.S. Drivers Are Open to Sharing Data to Save on Auto Insurance

U.S. consumers of all ages are willing to embrace connected cars and usage-based car insurance (UBI) in order to receive a better deal on auto insurance rates, according to a recent Wilson Towers Watson survey. 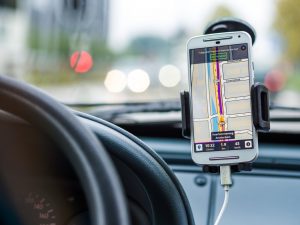 The global risk assessment and insurance brokerage company surveyed more than one thousand U.S. drivers, and found that four out of five consumers say they are willing to share their most recent driving data from the previous month in exchange for a personalized insurance quote.

“Carriers will benefit from being able to get earlier access to actual driving data in order to understand and price risk more precisely and also to offer the kind of digital customer experience to which consumers are becoming accustomed, without the cost and hassle of installing a dedicated telematics tracking device,” the study states.

Of those consumers surveyed, 81 percent said they were “definitely/probably” interested in sharing their driving data for a personalized quote. 84 percent said they would be open to a short-term trial to see how a telematics policy would benefit them before purchasing a policy.

According to the survey, acceptance of data sharing was widespread in regards to age. Here’s what the study found:

The study also says consumer awareness regarding telematics-based policies is still relatively low—only a quarter of those surveyed were “reasonably familiar” with the concept, with millennials holding that majority.

However, 81 percent of the 10 percent of respondents who have or have had a UBI policy reported that they had a positive experience. According to the survey, 57 percent said of drivers said it led them to have a lower insurance premium.