At least two containers of hazardous materials blew up and caught fire early Thursday at an Arkema chemical plant about 25 miles northeast of Houston that was heavily damaged by flooding from Hurricane Harvey. More explosions are possible at the facility, which makes resins used in the automotive industry. 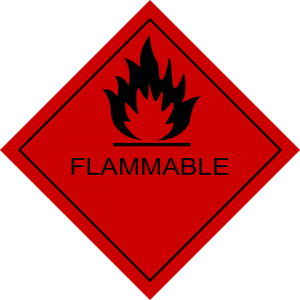 Fifteen Harris County Sheriff’s Department deputies went to the hospital for routine examinations after being exposed to fumes from the fires at the plant. They were checked and released, according to the sheriff’s department.

All residents within 1.5 miles of the plant in Crosby, Texas, had been evacuated ahead of the blasts and fires, which were expected and will be allowed to burn themselves out. All Arkema staff members had abandoned the facility on Tuesday night out of safety concerns.

The crisis began after a huge amount of water overwhelmed the Arkema plant’s primary power source on Sunday morning. Soon after, two sources of emergency backup power were flooded and failed, according to the company. That led to a loss of critical refrigeration for organic peroxide, which will burn if not kept at a low temperature.

“We have been working closely with public officials to manage the implications of this situation, and have communicated with the public the potential for product to explode and cause an intense fire,” a statement from the company reads. “Organic peroxides are extremely flammable and, as agreed with public officials, the best course of action is to let the fire burn itself out.”

Arkema says the combustible products are stored in several locations on the site, which could lead to multiple explosions over the next few days. The company urges residents to stay away until public safety officials say it’s safe to return to their homes.

According to the company, the facility in Crosby employs 57 people. Arkema says it has only had one lost-time injury in the past seven years.

Headquartered in France, the Arkema Group has 19,700 employees and operates in nearly 50 countries.

This entry was posted in glassBYTEs Original Story and tagged Arkema, resin. Bookmark the permalink.