Lawsuit Against State Farm Could See Its Day in Court

The lawsuits Matthew and Marcia Seebachan recently dismissed against State Farm for its alleged role in influencing an auto repair not up to OEM specifications may be resurrected at a later date. 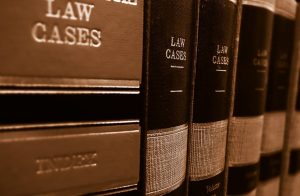 The couple recently dropped their respective lawsuits for negligence and breach of warranty against the insurer just 13 days after filing.

According to Robert Riggs, a spokesperson for the Dallas couple’s attorney Todd Tracey, the Seebachans dismissed the case because it would postpone the plaintiffs’ trial against John Eagle Collision Center, which is set for September 25.

Riggs told RepairerDrivenNews.com that Tracey’s intentions are to re-file the lawsuit once the case against John Eagle, the auto body shop that performed the repair, has had its day in court. He added that the decision to dismiss the initial lawsuits was “strictly a procedural move.”

The Seebachans are suing Texas-based John Eagle for $1 million for negligence after the shop was allegedly influenced by State Farm to use an adhesive to adhere a roof in place as opposed to welding it as Honda OEM’s specifications stated. However, there is no evidence to show the insurance giant dictated the use of the adhesive for the repair, as of yet.

Since the case was filed, Texas Watch, a citizen advocacy organization, has called upon the Texas Department of Insurance (DPI) to investigate insurance companies and take “enforceable action” to prevent them from steering consumers to using their preferred auto repair shop.