Auto glass companies spend a lot of time and money developing leads on potential new customers through mobile phones and social media, but new research shows that the unpredictable nature of consumer behavior has the potential to derail much of that hard work. 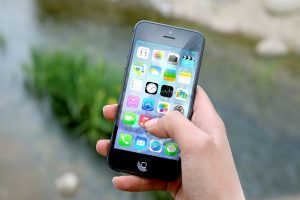 The research, carried out by ContactEngine, found that 74 percent of U.S. consumers don’t always answer their phone when repair or replacement appointments have been scheduled, which wastes time and increases costs for businesses. The results also show the three main reasons people miss a home appointment. They are: “I didn’t know they were coming” (27 percent); “I simply forgot about the appointment” (27 percent); and “I didn’t hear the doorbell” (20 percent).

“For an ever-increasing number of people, their smartphone is their single communications tool for everyday life, so fewer people have or use landlines, while emails have always been a fairly hopeless means of dynamic communication,” said Mark K. Smith, CEO of ContactEngine. “And this unplugging and shift to mobile comms isn’t just a millennial trend, but rather across all groups in society. On a wider level, the use of mobile devices for all comms reflects an adjustment in the work-life balance: people are time-poor, which means that corporations need to have much more targeted conversations with their customers.”

People could be rejecting phone calls from strangers for a good reason. According to a survey of more than 1,000 Americans by telecom service company First Orion, about 95 percent of respondents said they’ve gotten a call from a telemarketer in the past six months. That’s up from 84 percent in 2015. There’s also been a 13-percent surge in phone scams, with 69 percent of respondents saying they’ve gotten at least one scam call over the past six months. Additionally, one in eight people said they received more than 20 different scam calls in that same period. That’s quadruple the number who reported that level of scam calling in 2015.

Despite that, a majority of respondents (51 percent) like to arrange a time for service and/or maintenance at home using their cell phones, preferring this method to email or a landline.

The ContactEngine research also found that the times of the day when people are in their homes can vary tremendously. More than 44 percent said there is no best time for businesses to contact them. Other interesting findings include:

Smith said businesses need to develop a system to reach customers in the ways they want to be reached.

“It’s not simply about having the flexibility to rearrange an appointment – fixing that is just a quick way to make a big saving,” he said. “What also needs to be addressed by an intelligent conversation engine is the agility to communicate with customers across their whole journey, from sale through care and through retention. The business-to-customer relationship needs to be realized as a seamless and pro-active conversation via the consumer’s choice of digital channel.”