Washington State recently enacted a law that would ticket drivers for using hand-held electronics while driving, including cell phones, tablets and laptops. The Driving Under the Influence of Electronics ticket (E-DUI) would go on the driver’s record and then get passed on to their auto insurer. 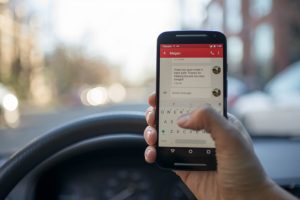 The insurer would then determine the severity of the offense and classify it as a minor violation or something as serious as a DUI, according to National Underwriter.

The cost of the first E-DUI is $136 and continues to increase with each infraction. It is also considered a primary offense. However, a cell phone may be used if the driver is using a hands-free device that can be activated by a single touch without holding the phone.

The E-DUI aims to prevent drivers from using electronics at any point while behind the wheel, including at red lights.

The law went into effect in July in response to a 32-percent year-over-year increase in deaths related to distracted driving in the state.