Hurricane Irma churned up Florida on Sunday, leaving a trail of destruction in its wake and impacting the state’s auto glass repair and replacement industry. On Monday morning, Irma was downgraded to a tropical storm. 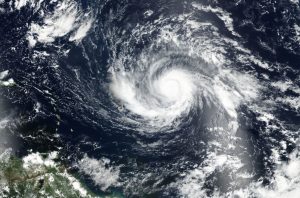 According to Reuters, catastrophe modeling firm AIR Worldwide estimated that the storm did about $20 billion to $40 billion in damage in Florida, lower than previous estimates that it would cause more than $100 billion in damages. About 5.8 million Florida residences and businesses are without power. Earlier, Irma caused billions in damage across the Caribbean last week, where it killed 38 people.

In Florida, the storm has left most auto glass shops unable to operate. glassBYTEs.com tried unsuccessfully to contact several via phone, as they are likely still shut down. However, several companies left messages on their websites or social media accounts regarding their operational status.

The Boyd Group, parent company of Gerber Collision & Glass, ceased operations at 55 out of 58 of its Florida locations. Three of the company’s Georgia coastal locations were closed as well.

“This decision was made to allow our employees and customers to focus on ensuring they and their families are safe,” said Brock Bulbuck, CEO of the Boyd Fund, in a statement. “Once the hurricane has passed we will support our local teams in evaluating the damage and resuming operations as soon as practicable. Our priority, however, will continue to be the well-being of our employees.”

K&K Glass, located in Zephyrhills, Fla., tweeted, “Customers, family, employees, and friends be safe this weekend. And when this storm passes, and it will, K&K Glass will be there to help you.” The company closed on Friday, September 8 in preparation for the storm, and expected to reopen September 12.

Caliber Collision closed all of its Florida locations, as well as six of its South Carolina locations in anticipation of the storm moving north.

Irma is expected to make its way to Georgia before moving to Alabama and Tennessee. Though Irma has been downgraded to a tropical storm, damaging winds and flooding have been widespread throughout Florida and are now being reported in Georgia, with more than half a million homes and businesses reportedly without power in the southern part of that state.

Katherine Coig contributed to this story.