A federal judge in Texas struck down the U.S. Department of Labor’s proposed overtime rule on August 31, months after issuing a preliminary injunction. An estimated 4.2 million workers are affected by the ruling. 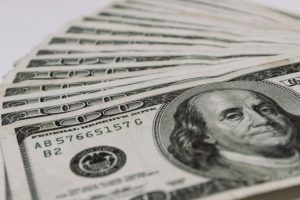 The overtime rule would have doubled the salary level under which employees qualify for overtime pay from $455 per week ($23,360 annually) to an estimated $913 per week ($47,467) annually. It also would have automatically updated the threshold every three years.

Judge Amos Mazzant said he struck down the rule because it focused on salaries instead of job descriptions.

“This significant increase would essentially make an employee’s duties, functions, or tasks irrelevant if the employee’s salary falls below the new minimum salary level,” says Mazzant. “As a result, entire categories of previously exempt employees who perform ‘bona fide executive, administrative, or professional capacity’ duties would now qualify for the EAP exemption based on salary alone.”

According to a report by Bloomberg BNA, the U.S. Justice Department asked a federal appeals court on Tuesday to drop its appeal against the injunction on the overtime rule.

Industry associations such as the Associated Builders and Contractors (ABC) have voiced opposition to the rule as it has made its way through the courts.

After the injunction late last year, ABC vice president of legislative and political affairs Kristen Swearingen said that by “dramatically increasing the minimum salary threshold for exempt employees, the Department of Labor’s overtime rule would have taken workplace flexibility away from employees and may have required some employers to consider switching certain employees from salaried to hourly positions.”

The rule was created by the Obama administration in May 2016. The overtime pay threshold was originally set to take effect on December 1, 2016, but was blocked by judge Amos Mazzant’s injunction in November 2016. An emergency motion for a preliminary injunction was filed by 21 states and dozens of business groups.

According to Mazzant’s recent ruling, business organizations argued that the overtime rule would have “increased the minimum salary threshold so high that it is no longer a plausible proxy for the job duties of an executive, administrative, or professional capacity employee.”

Rep. Kurt Schrader (D-Ore) proposed changes to the rule in July 2016. The new bill was aimed at helping small businesses by implementing increases in the overtime salary level over three years rather than immediately. The proposal also would have removed a provision that indexes wage increases to inflation.

This entry was posted in glassBYTEs Original Story and tagged Department of Labor, Justice Department, overtime. Bookmark the permalink.