With the rapid advancements in autonomous vehicle technology and regulations, the auto insurance sector could decrease by 71 percent, or $137 billion, by 2050, according to a recent report by KPMG.

The report, which was originally released in 2015, has been revised to reflect the technology’s faster-than-expected acceleration. It notes three factors that could potentially disrupt the insurance industry, with the personal auto sector forecasted to experience the blunt of the blow. 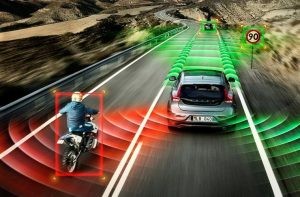 The Big Four firm predicts a significant reduction in accident frequency due to the technology’s safety enhancements; auto manufacturers leveraging “new strategic positions around customer and data to displace carriers,” and new business models created by the rise in ride-sharing and mobility-on-demand services, which focus on fleets as opposed to personal ownership.

In the firm’s “Perfect Storm” scenario, which focuses on autonomous vehicle technology implications, the company predicts a 90-percent decrease in accident frequency, as well as a shift in coverage towards products liability.

Severity of accidents will also likely decrease, the report states. Given the enhanced safety features of autonomous vehicles, cars may react faster in order to avoid collisions, resulting in slower-speed accidents. In addition, KPMG predicts that once autonomous technology “scales up,” cheaper “transportation pods” may be used in fleets, which would be less expensive replace than modern-day vehicles.

The reduction in frequency and severity combined could tally up to a $137 billion dollar loss for the industry.

The company’s research also foresees personal auto losses to decrease by 93 percent, from $164 billion to an estimated $12 billion due to the reduction in overall losses and the expected shift toward products liability.

“As insurance premiums typically follow losses, it is important for insurers to consider where and how they would replace the loss of 93 percent, approximately $152 billion of losses and the corresponding premium, of their core business,” the report warns.

1 Response to Report: Auto Insurance Industry Could Drop by 71 Percent